It was decided to take the above two scripts further and take out the manual collation of data, and to offer slices of the dataset to highlight ‘High privileged users’, ‘60+days inactive/idle’, ‘90+days PW not changed, ‘180+days disabled’.

To accomplish this I decided to use ‘Talend Open Studio’, A tool I had used in the past to process Qualys data into KPI’s for vulnerability management. It is free software and open source, based upon eclipse ide.

Stitching the two output files together, like a DB join, normalising the date fields, creating new columns that calculate the date difference from current date to that of either ‘last logon’ or ‘password last set’, outputting the dataset and slices.

The directory structure to run this was as follows;

I setup the scheduled job on the PC in the comm room XYZ to run Monday at 08:00 weekly

I extracted zipfile to the root of C: drive like c:\TS-Job so that command paths do not break.

Requires Java as job was built in talend studio.

For Windows 7 install the RSAT tools, and add all features in program files.

I set the task to run as NETWORK SERVICE and to my surprise it works with AD.

I had to edit above script to include an updated java path before the java command;

Also had to run as administrator from cmd.exe

Zipfile can be obtained from https://github.com/kempy007/AD-Reports 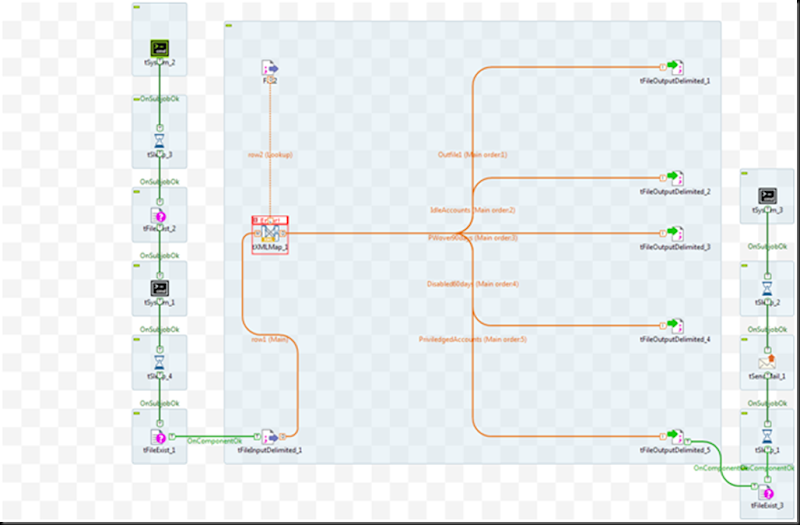